ABOUTPRODUCTSCASE STUDIESIN THE NEWSBLOG
ABOUTWORKBLOG
Jodel: Preparing a Social Media for Longterm User Retention
Developing research-based features and laying the foundation for an expansion overseas.
"Jodel" is Germany’s most successful location-based social media startup that has millions of users in Germany, Scandinavia and Saudi-Arabia and is mostly used by Millenials.
I worked on a redesign and activation strategy for an expansion campaign as major success and steadily rising fame is slowly stagnating.
Intent:
Passion Project
Role:
UI/UX, Strategy, User Research, Branding
Tech:
Sketch, Principle, Adobe CC
Duration:
10 weeks
Problem
Even though the social media platform Jodel has had steadily rising fame in many countries of Europe and the Middle East, there is a downtrend of new users and existing user retention. How might we ensure users are retaining longterm and seize opportunities in new markets to guarantee future growth?
Opportunity
By introducing highly requested features, we can make Jodel more competitive and increase brand credibility which is the basic prerequisite for further growth. By expanding to the US where a similar concept has had major success, Jodel can build on the strengths of its predecessor and eliminate its weaknesses to attract new users.
Solution
By revising its old look and restructuring the app, giving users the ability to react more quickly through polls, and focusing even more on anonymity and privacy through direct messages and password protection while making sure that abuse is kept at a minimum, Jodel is laying the foundation for US expansion through maintaining user retention. Through the new campaign "#SpeakUp", Jodel can raise brand awareness in the US while cultivating brand equity and credibility to ensure longterm growth.
Please wait while the video is loading. It will autoplay. Click here to view it in a separate tab (recommended on smaller screens).
New Features to Increase Retention
Introducing a new look and feel including many features based on the feedback of real users and activating Jodel overseas in the US through the "#SpeakUp" campaign.
The whole user experience of the NMY Speed Racer simulation 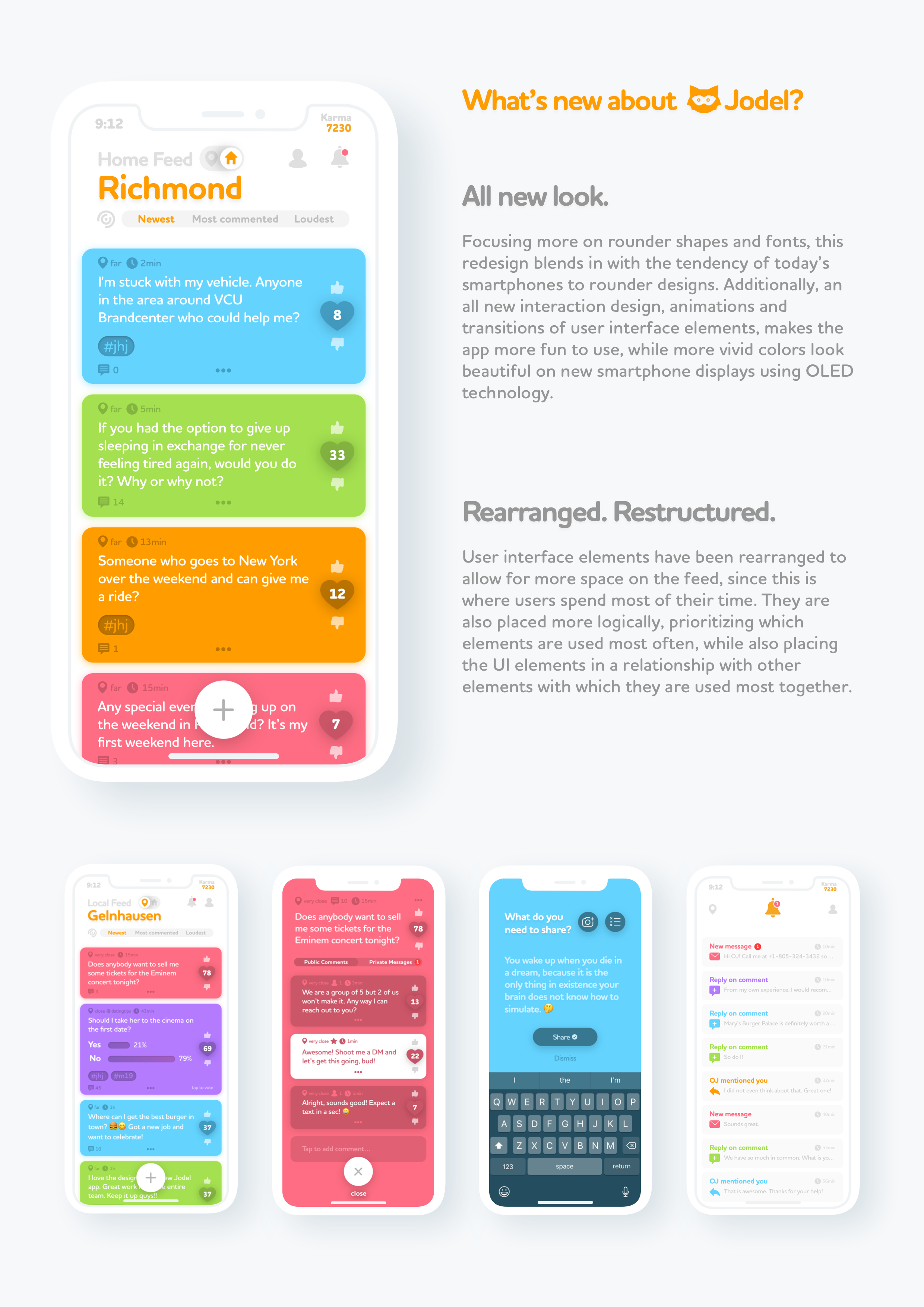 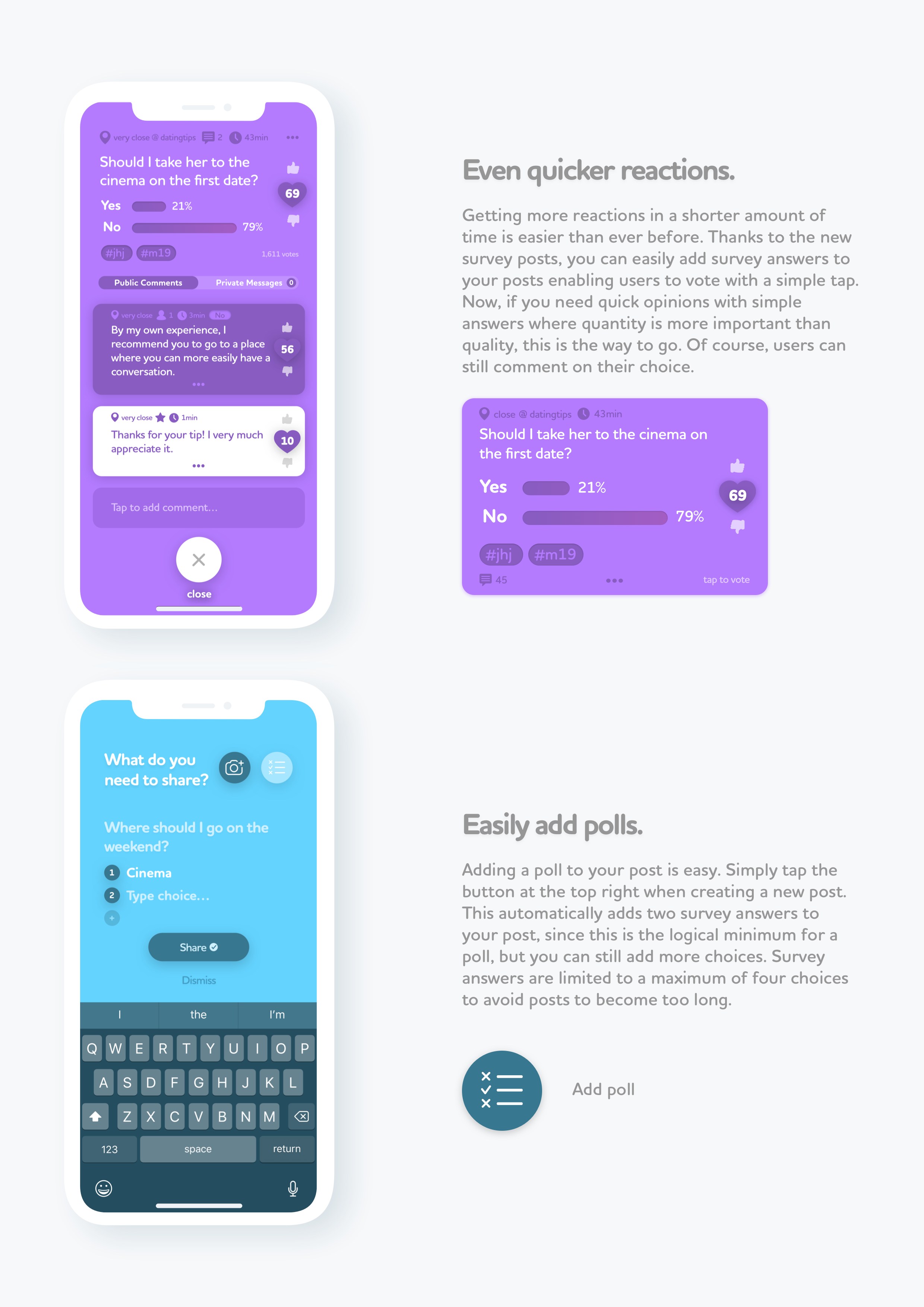 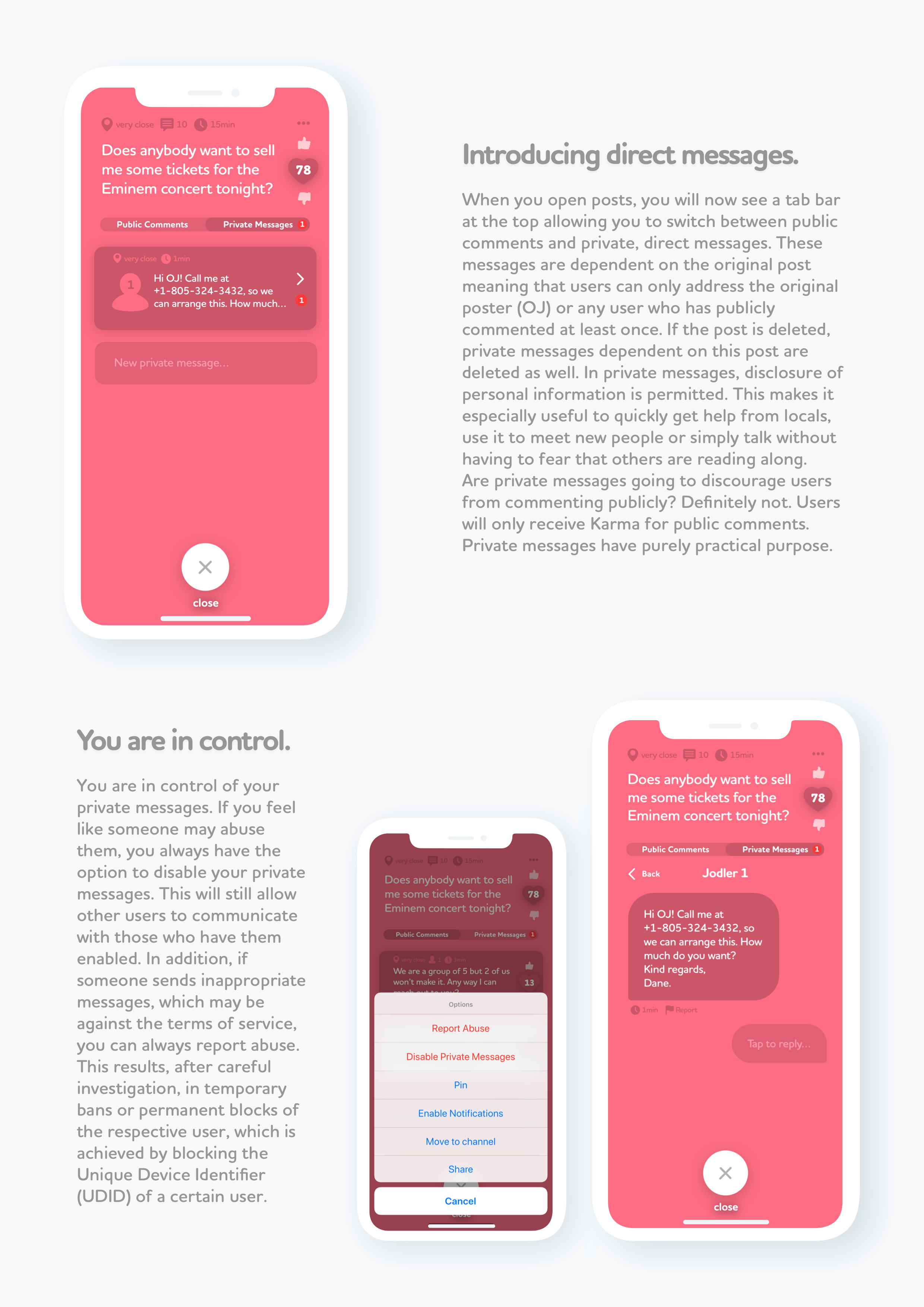 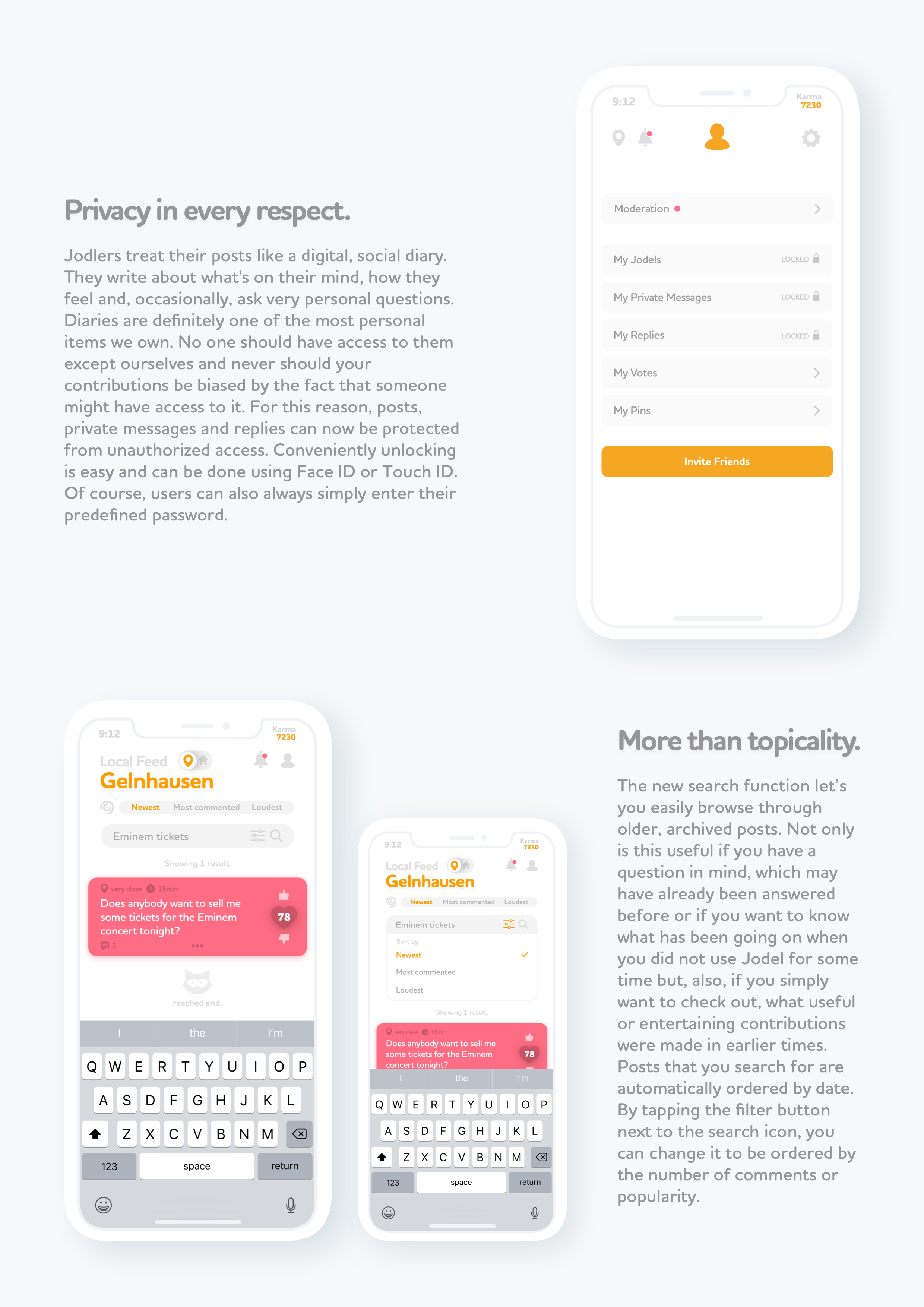 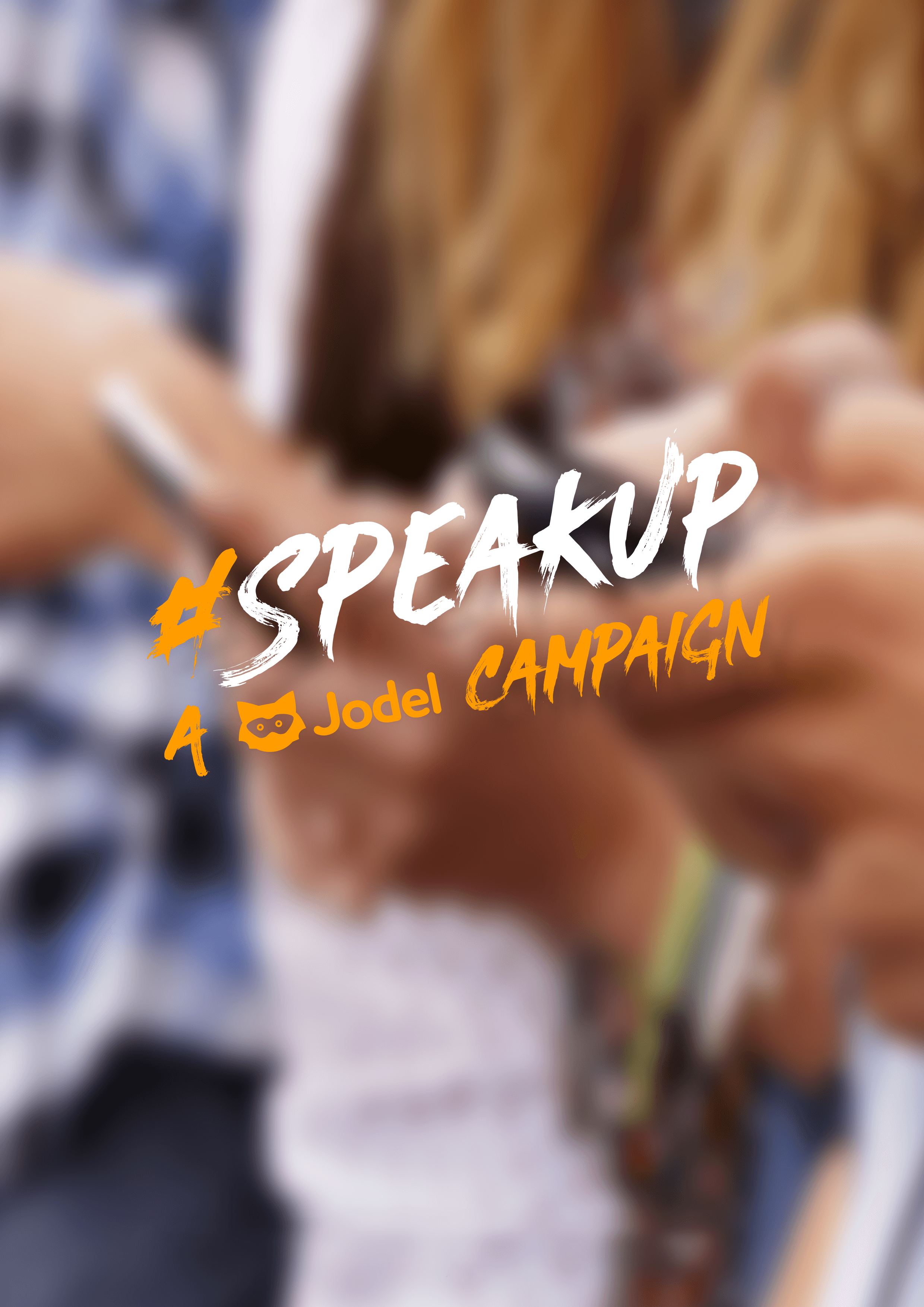 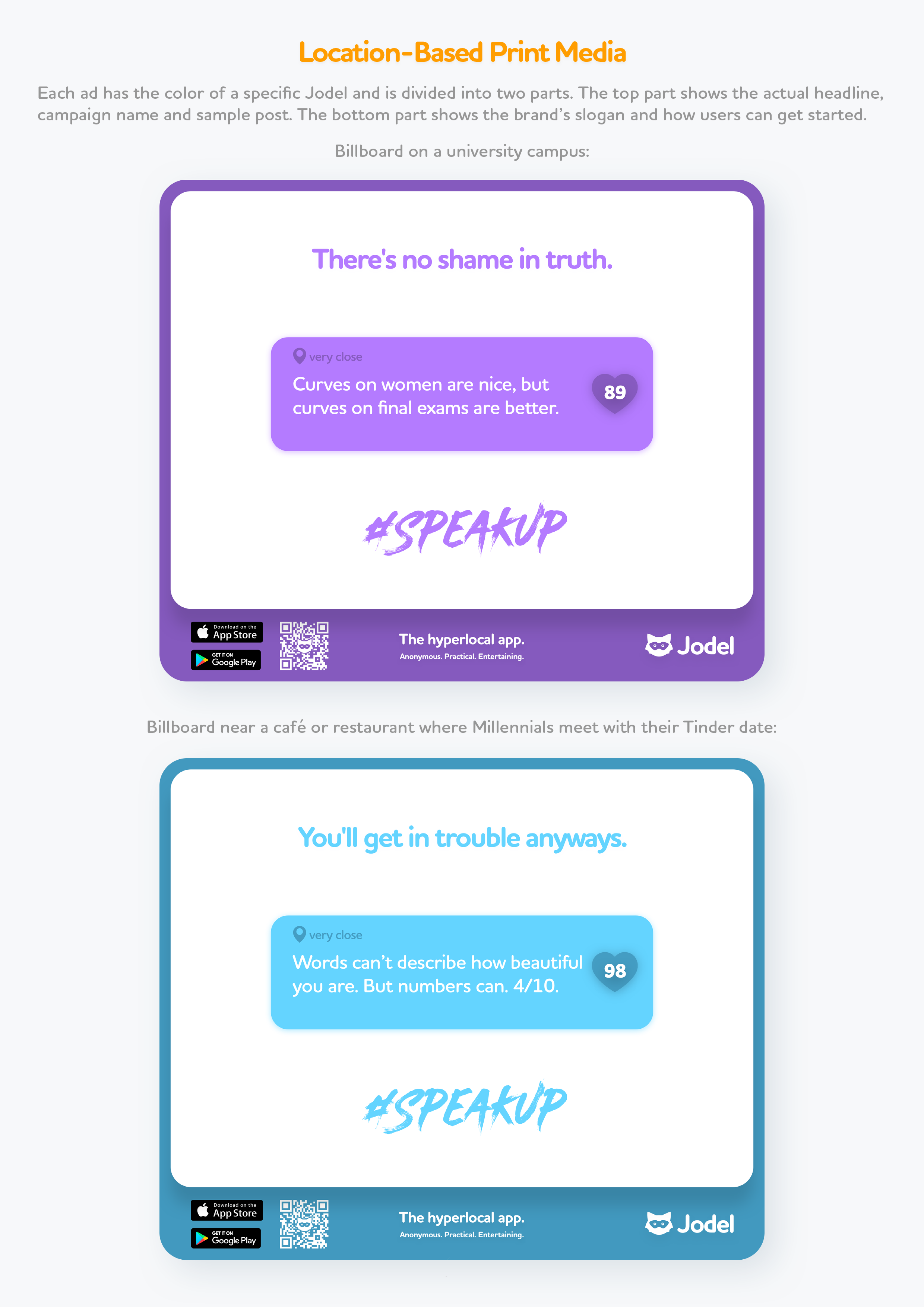 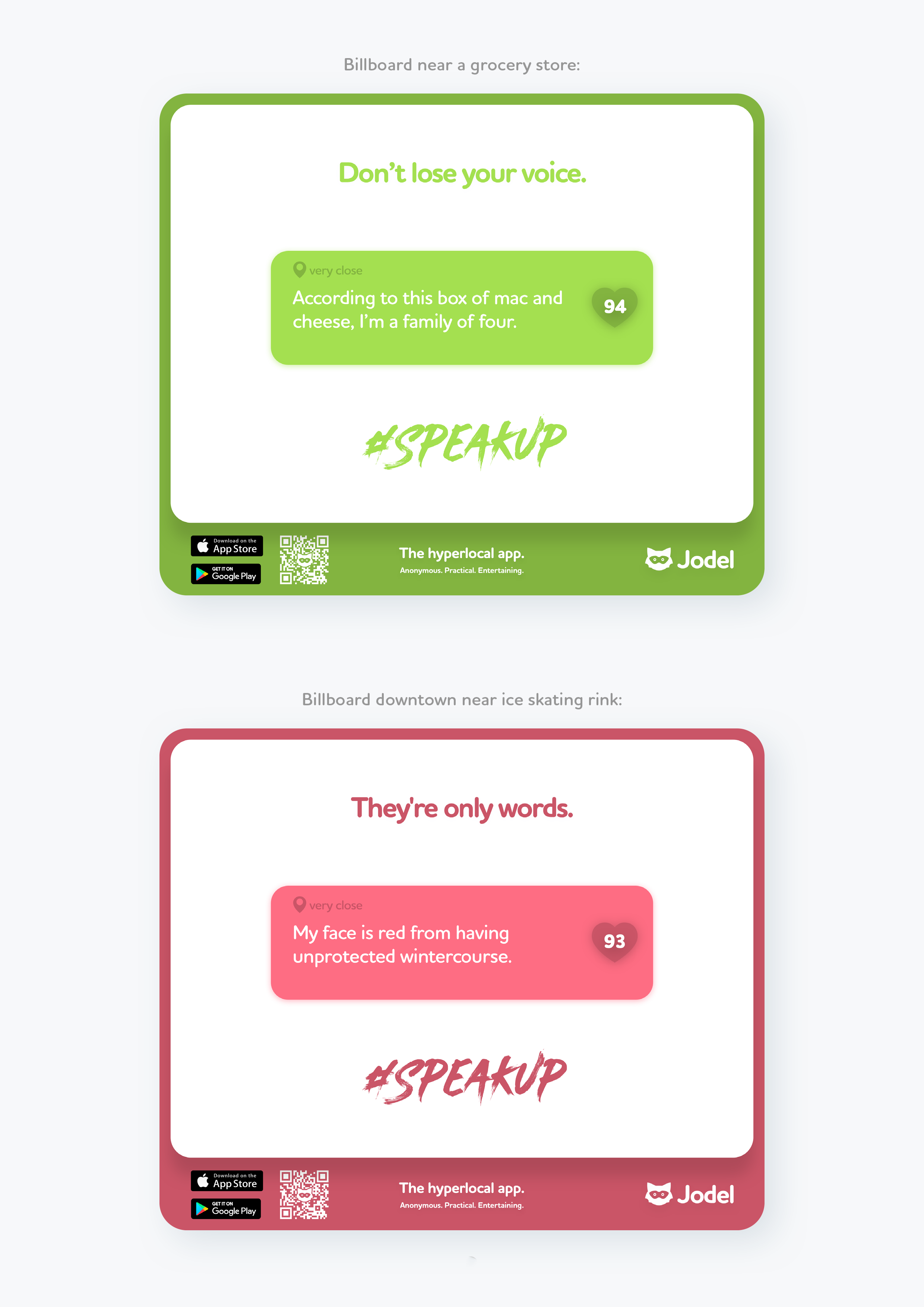 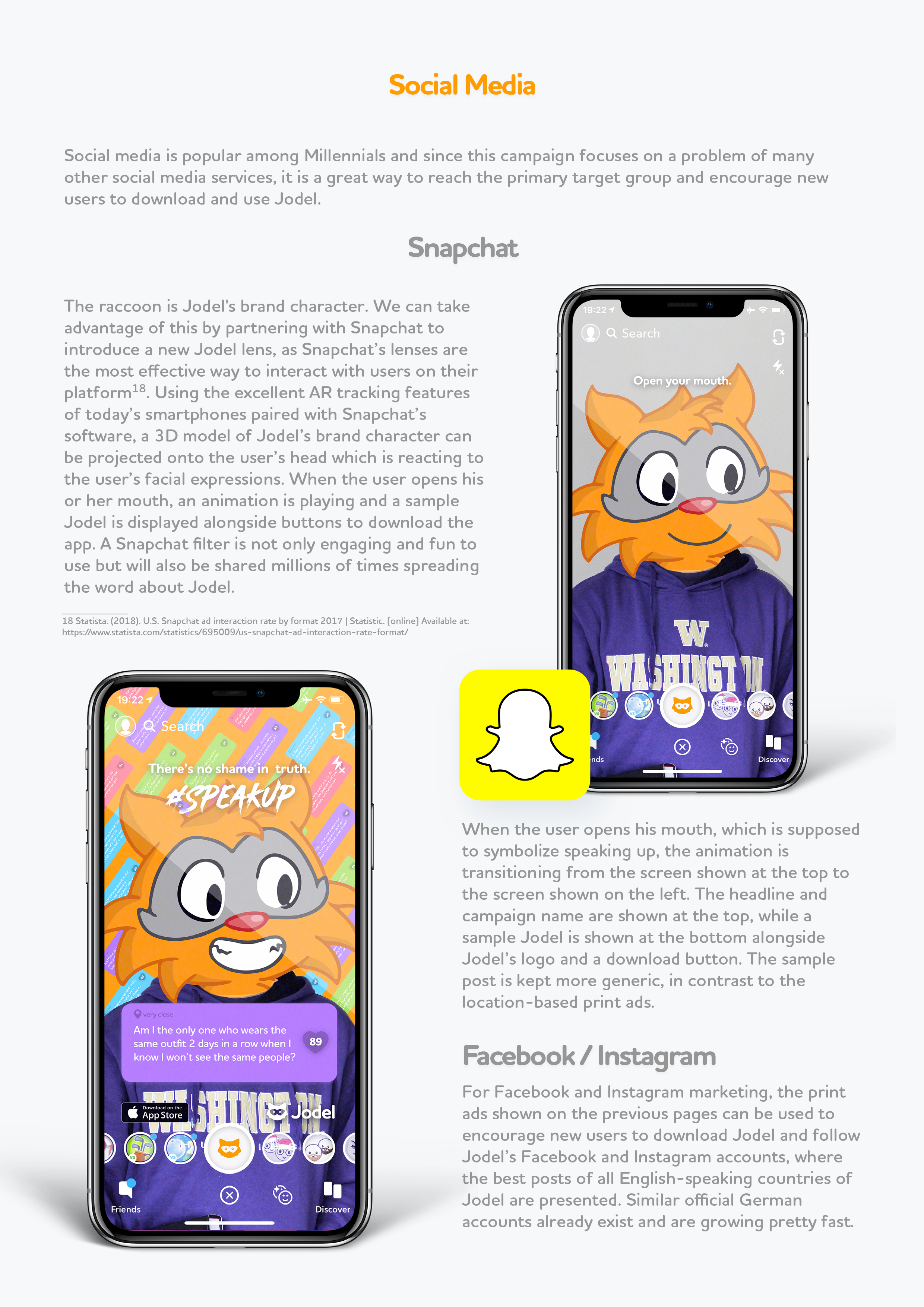 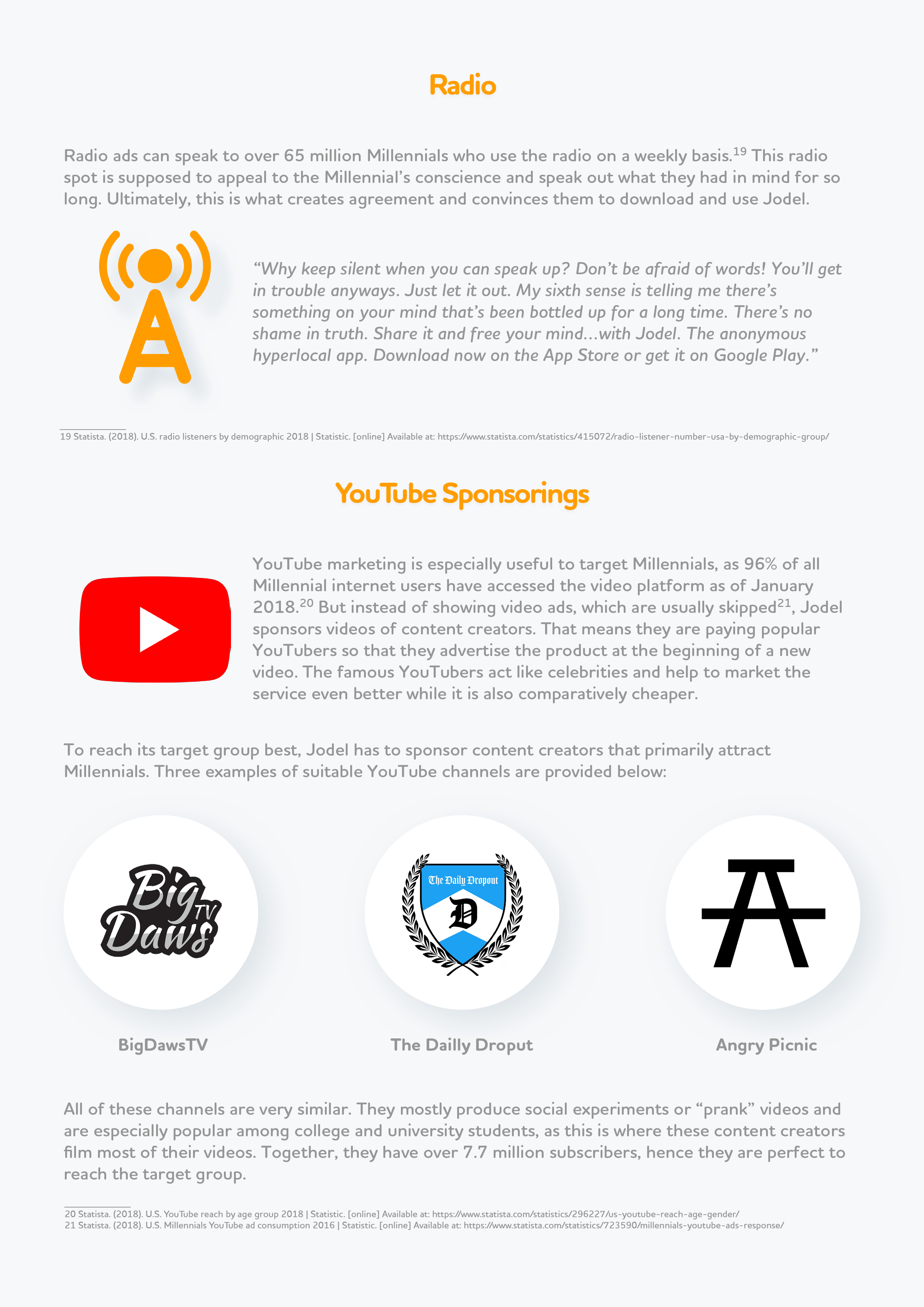 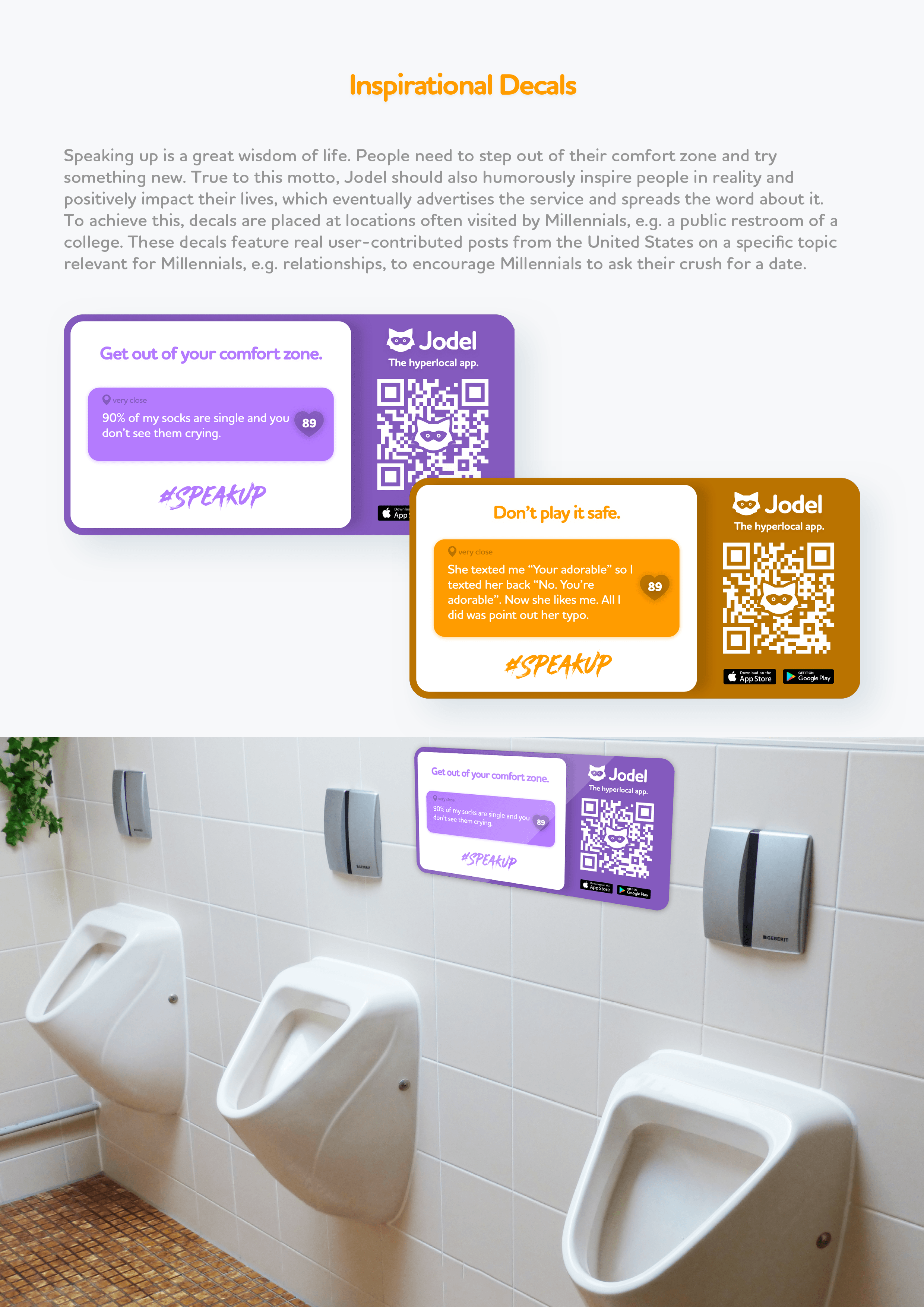 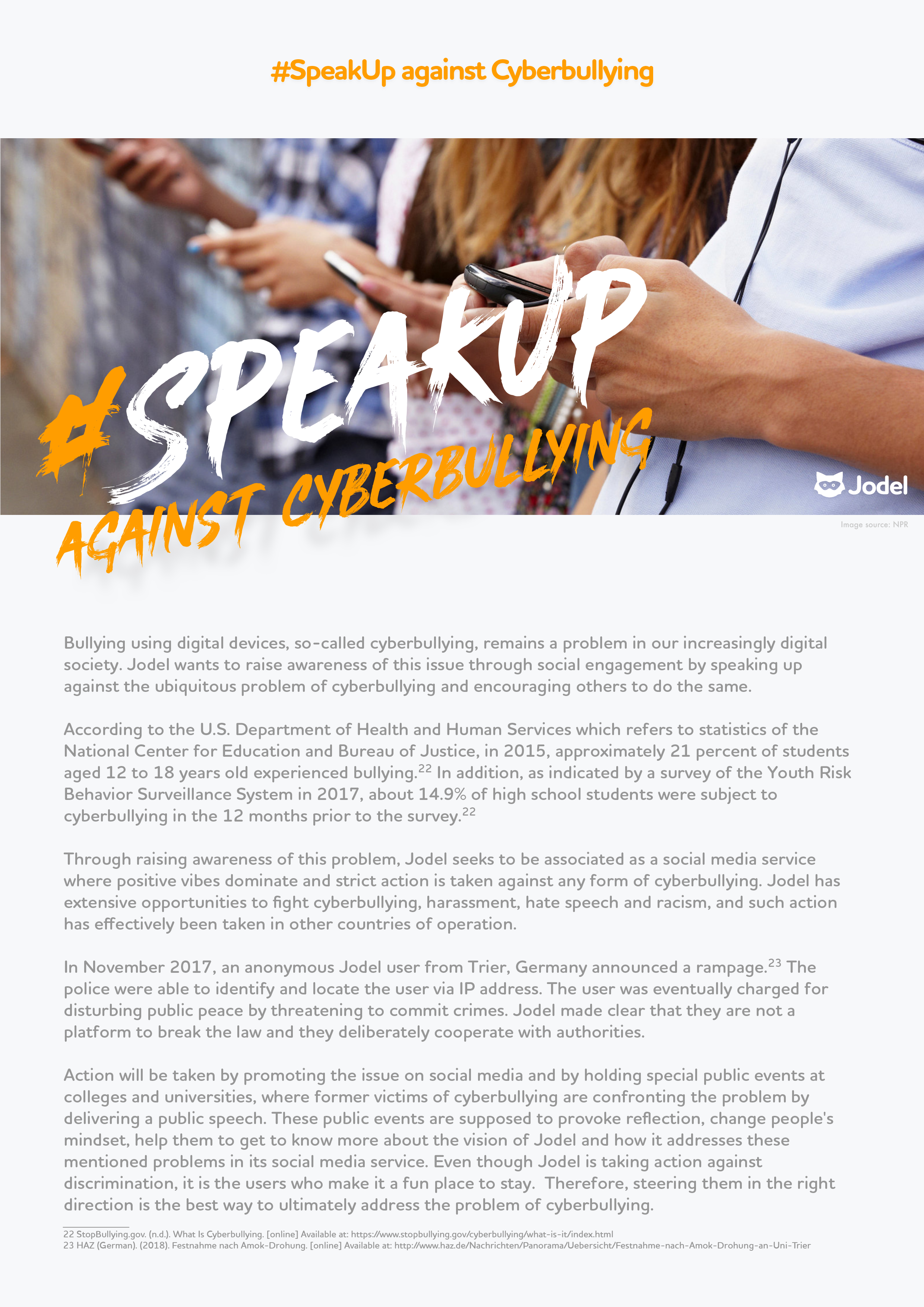 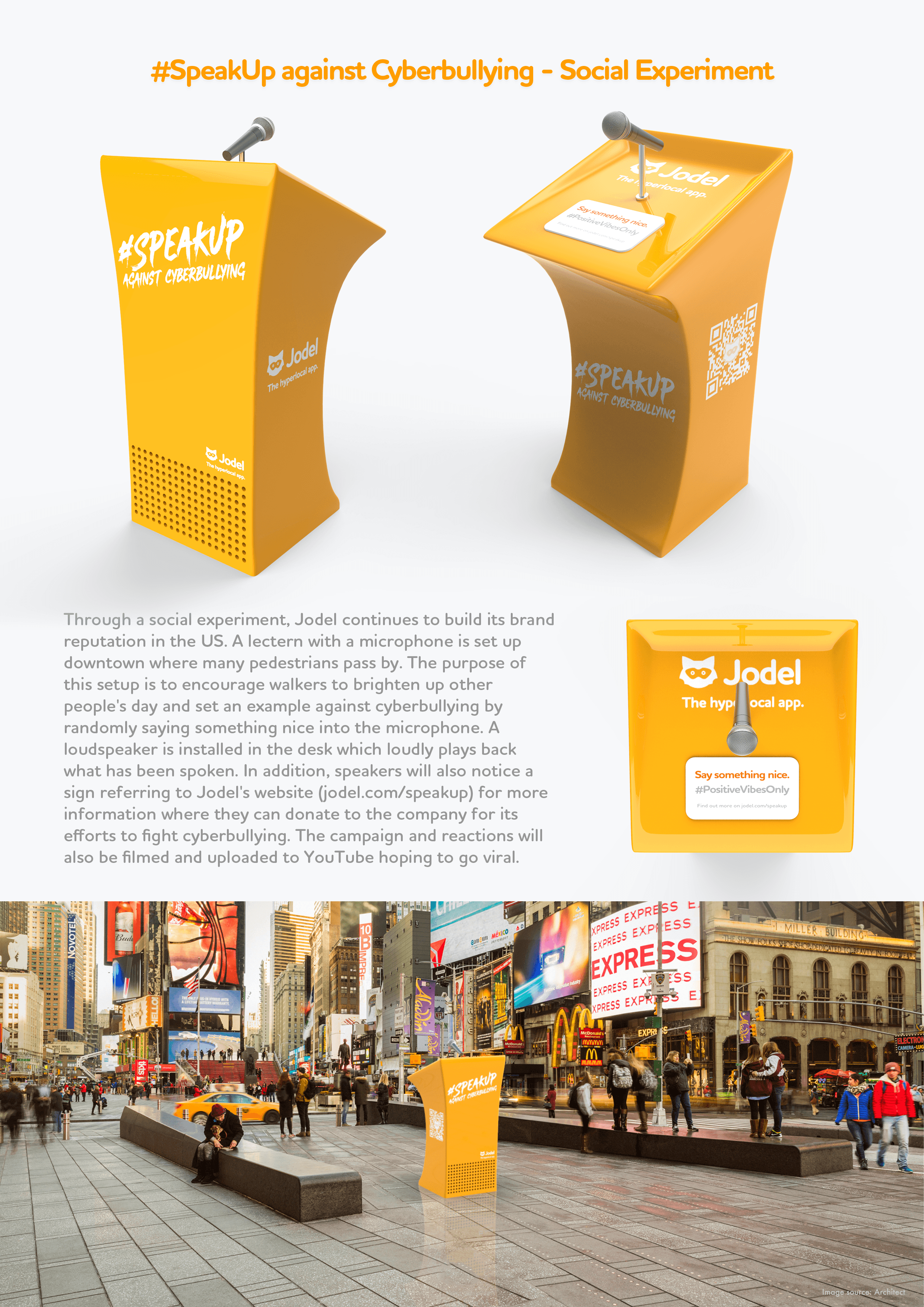 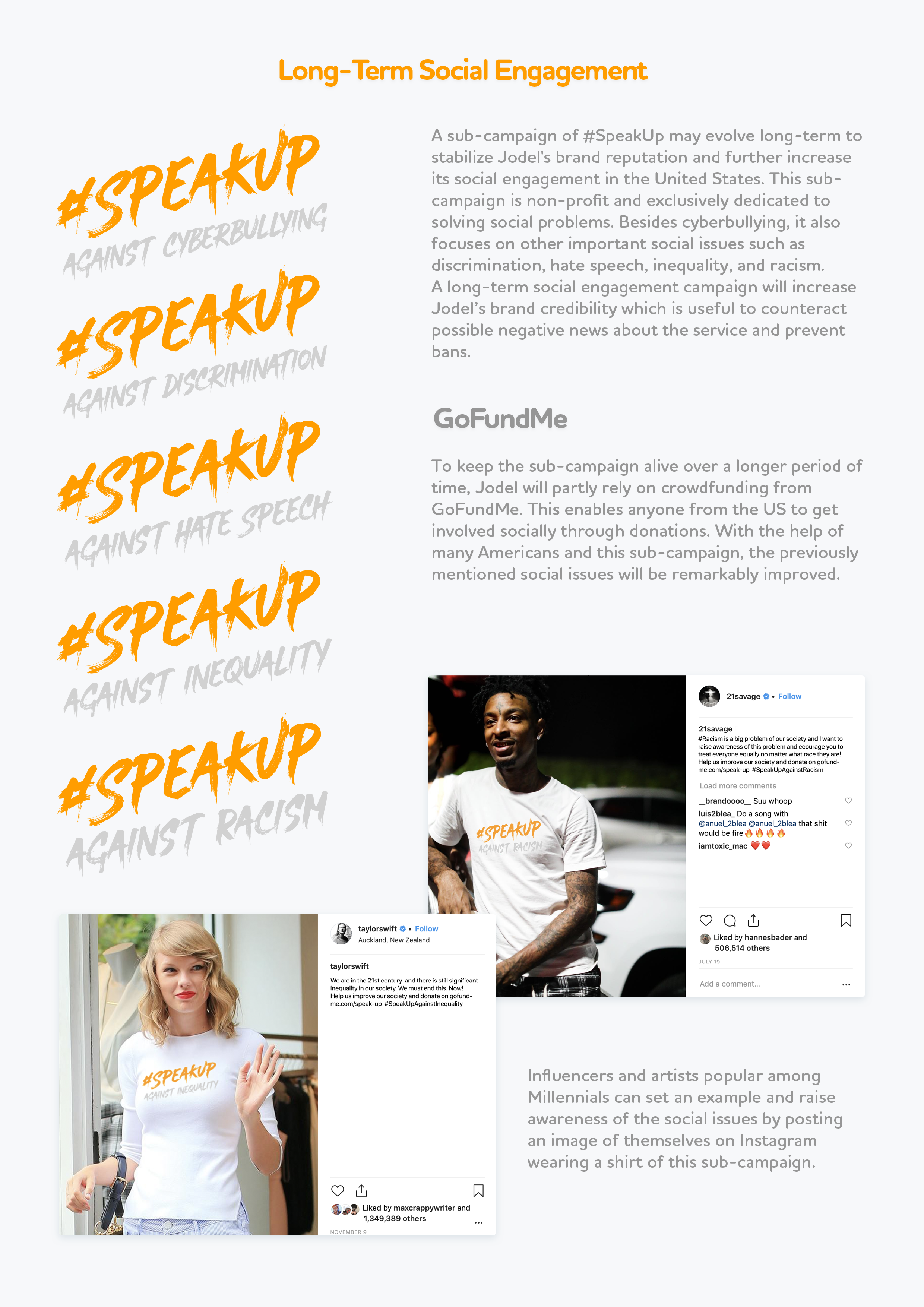 In the following, the process of how I arrived at the final redesign and expansion campaign is explained.
The Process: Strategy
Understanding, Ideating, Concepting
In the following, I will give an overview of the social media platform "Jodel" and explain the primary and secondary research and strategy that went into redesigning the app as well as creating the activation strategy and expansion campaign. 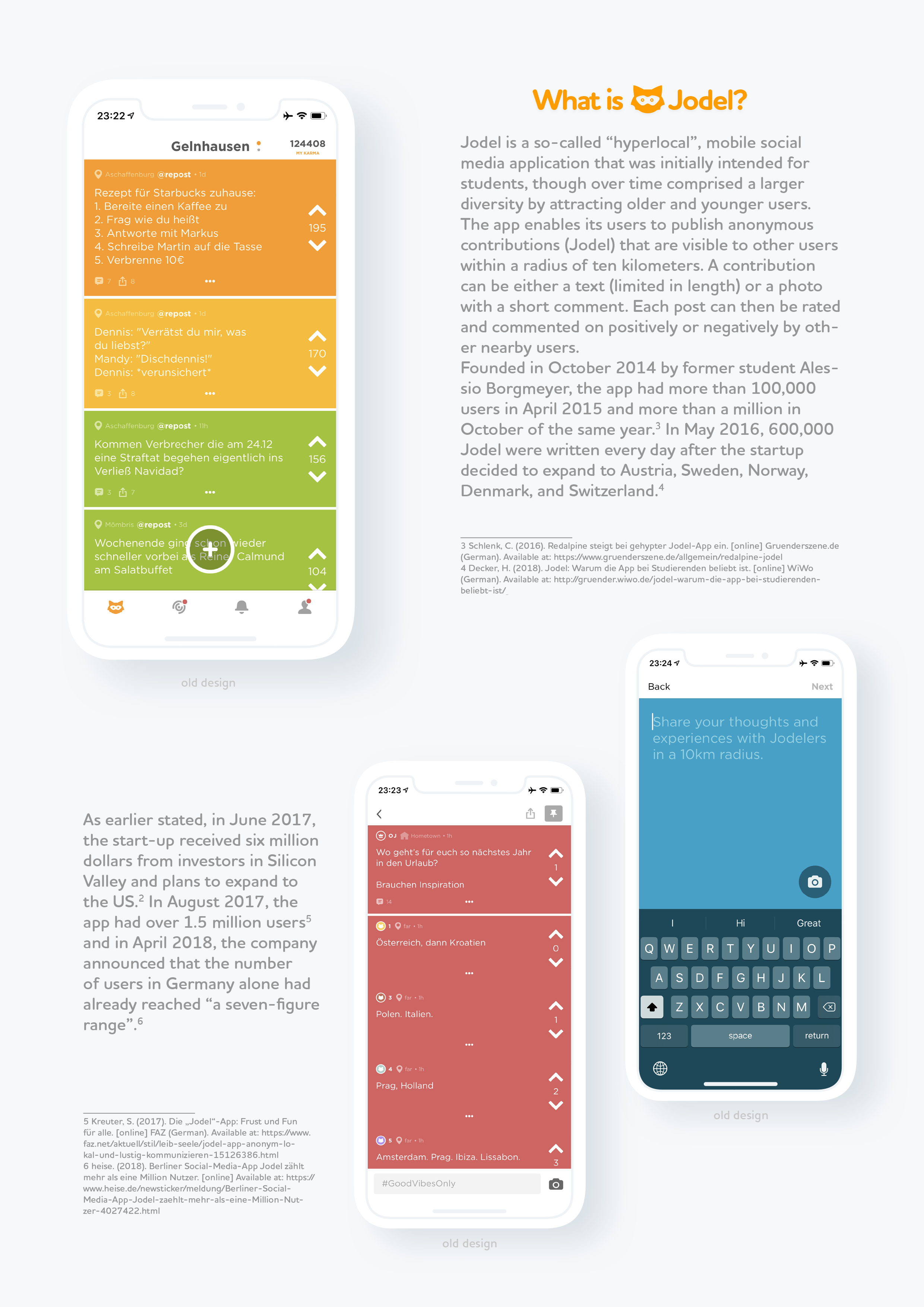 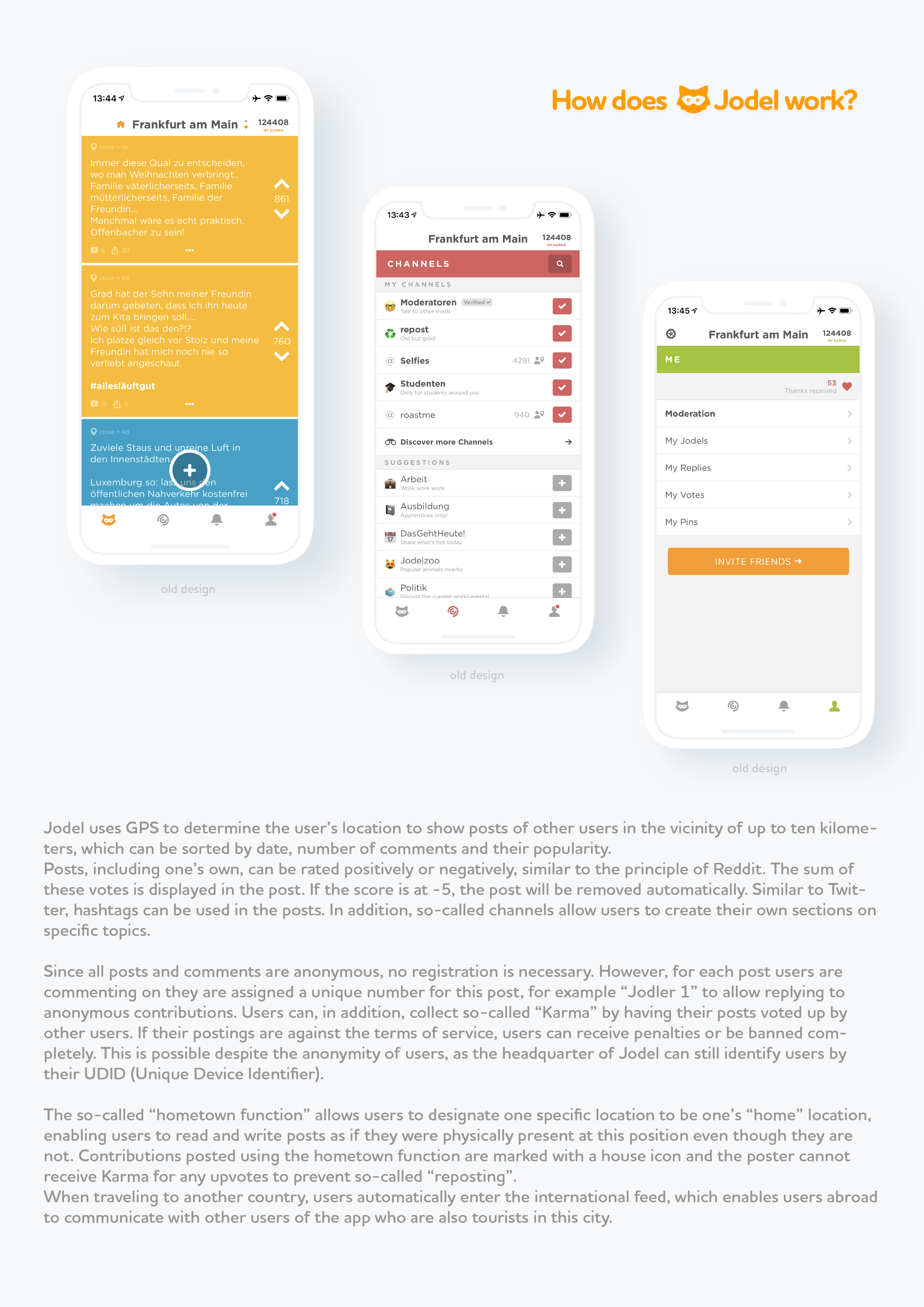 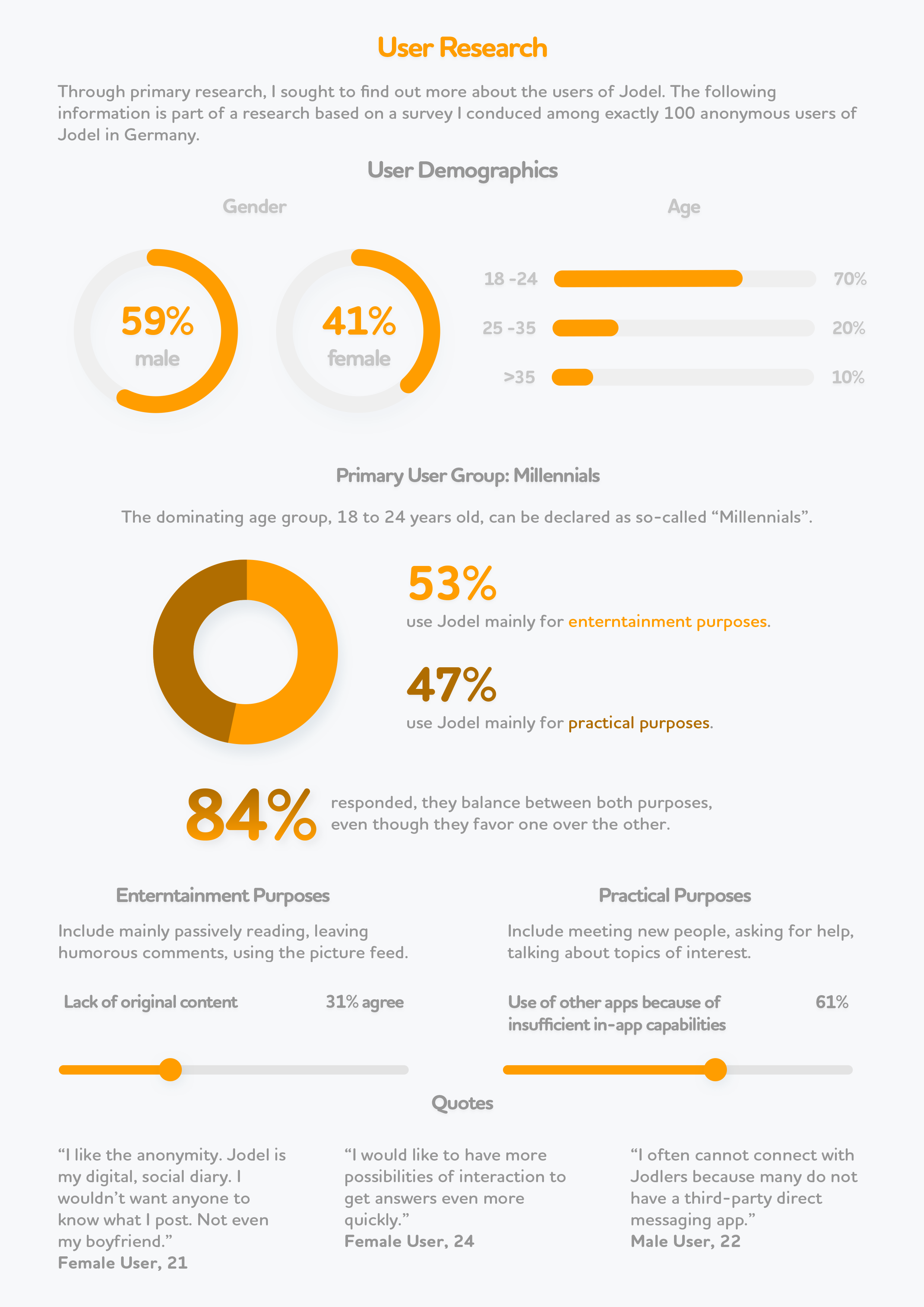 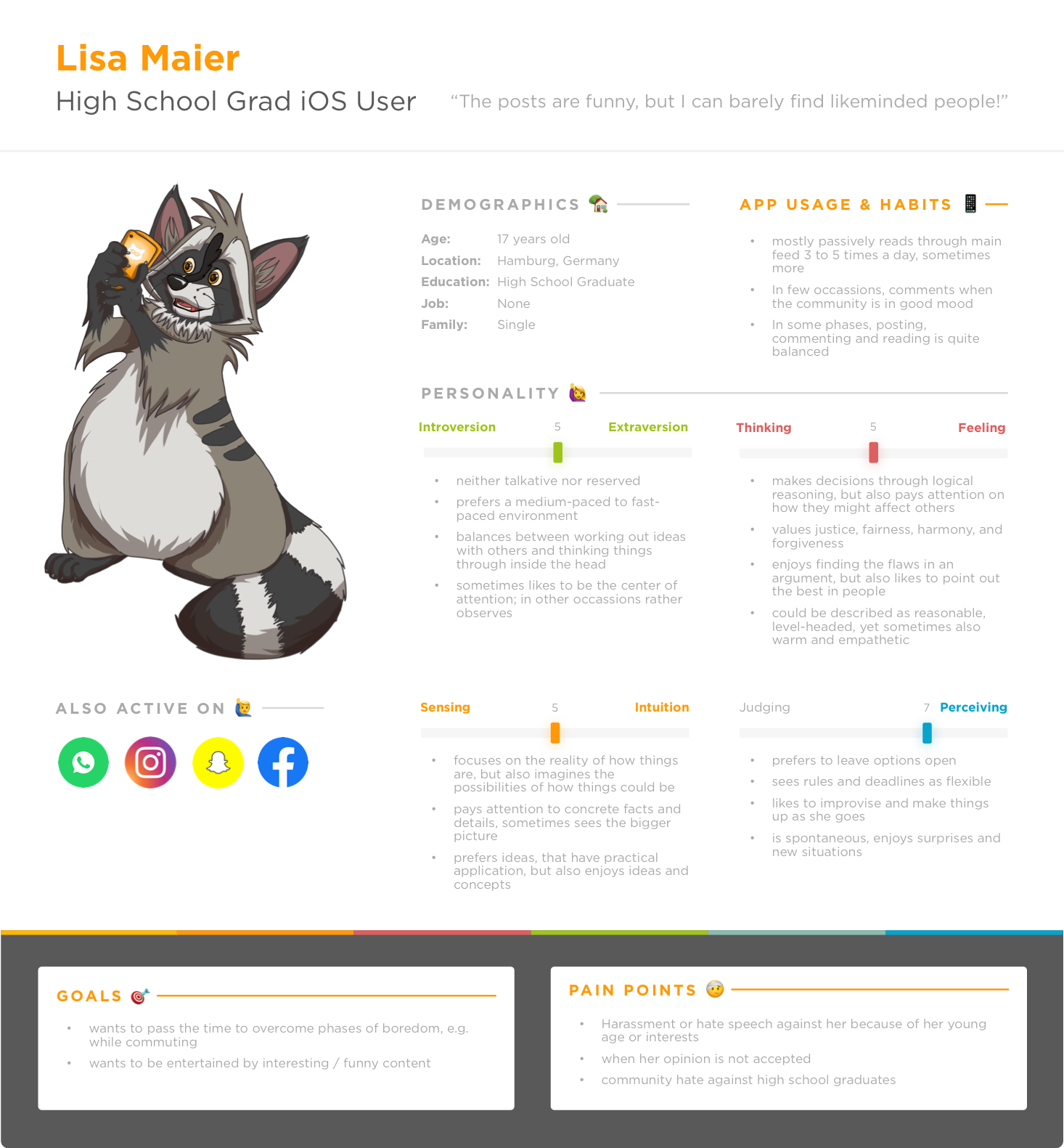 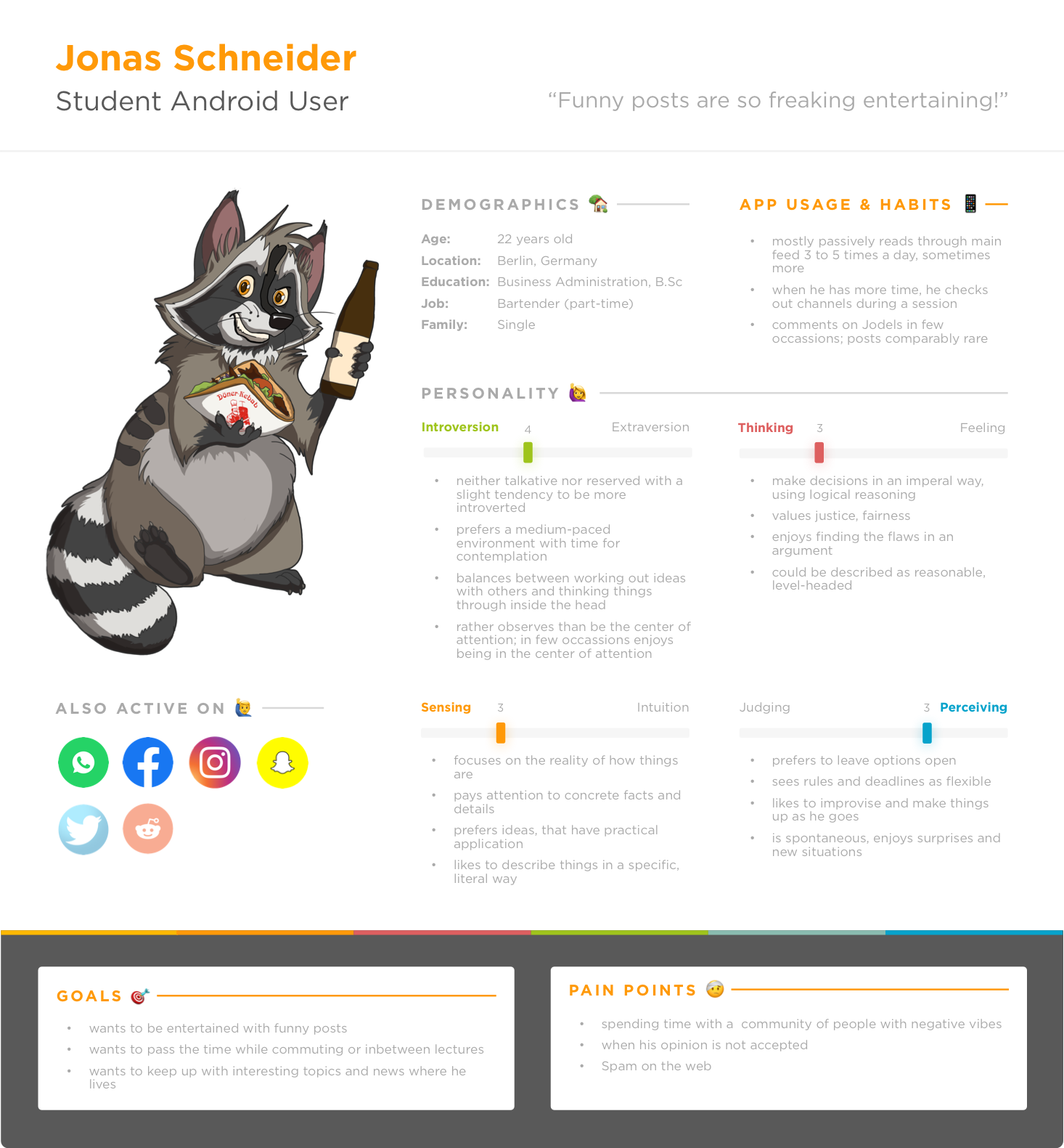 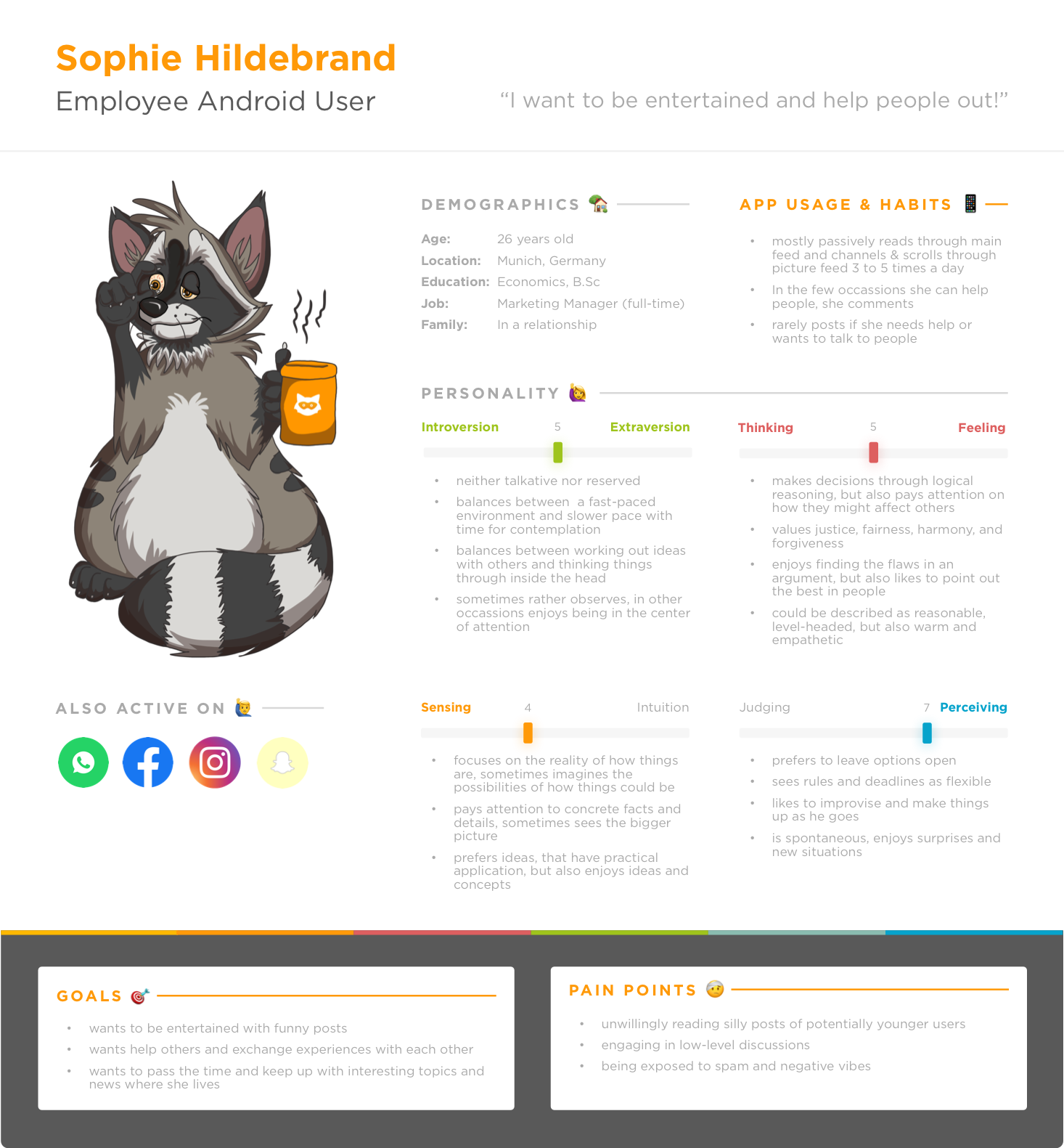 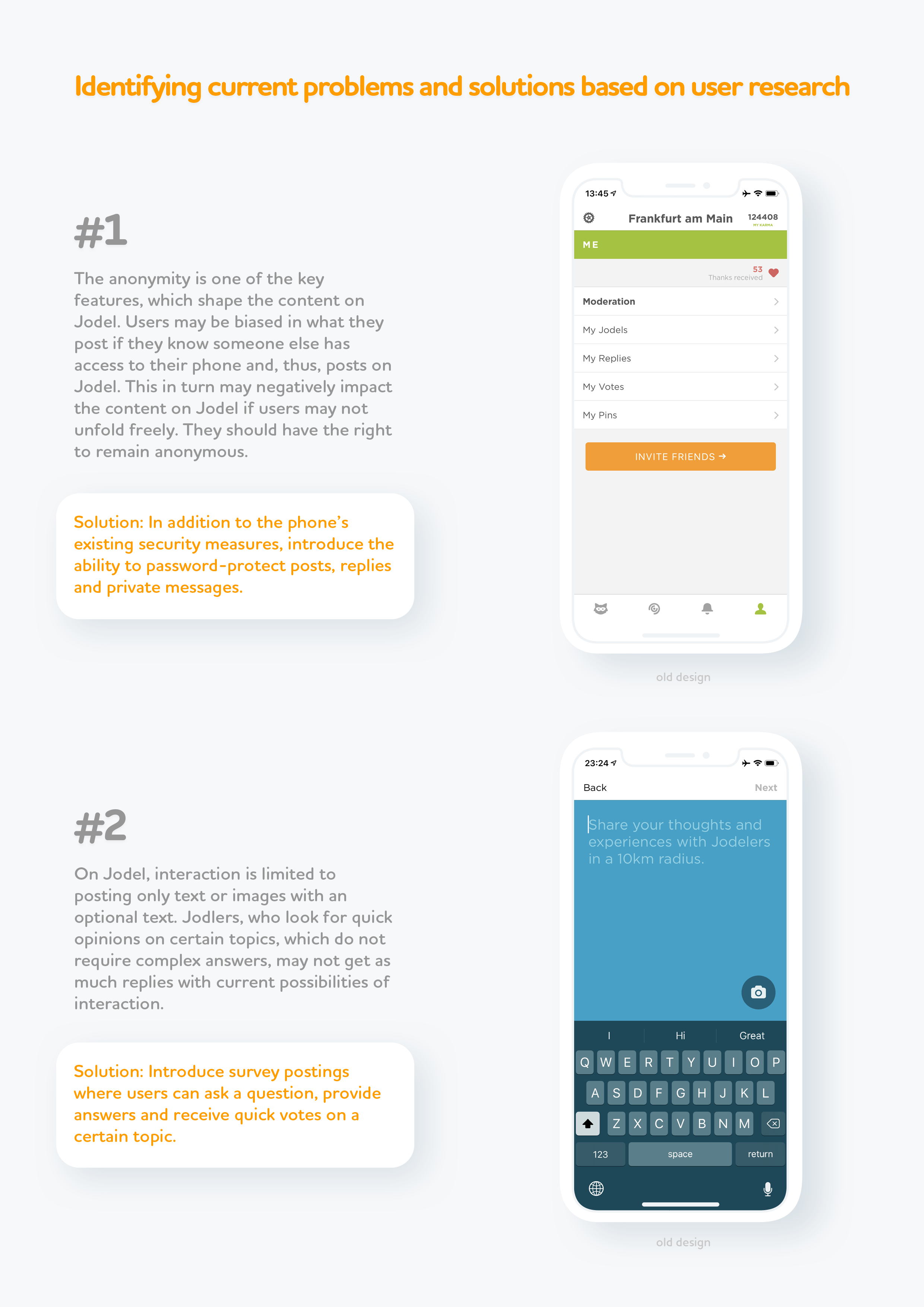 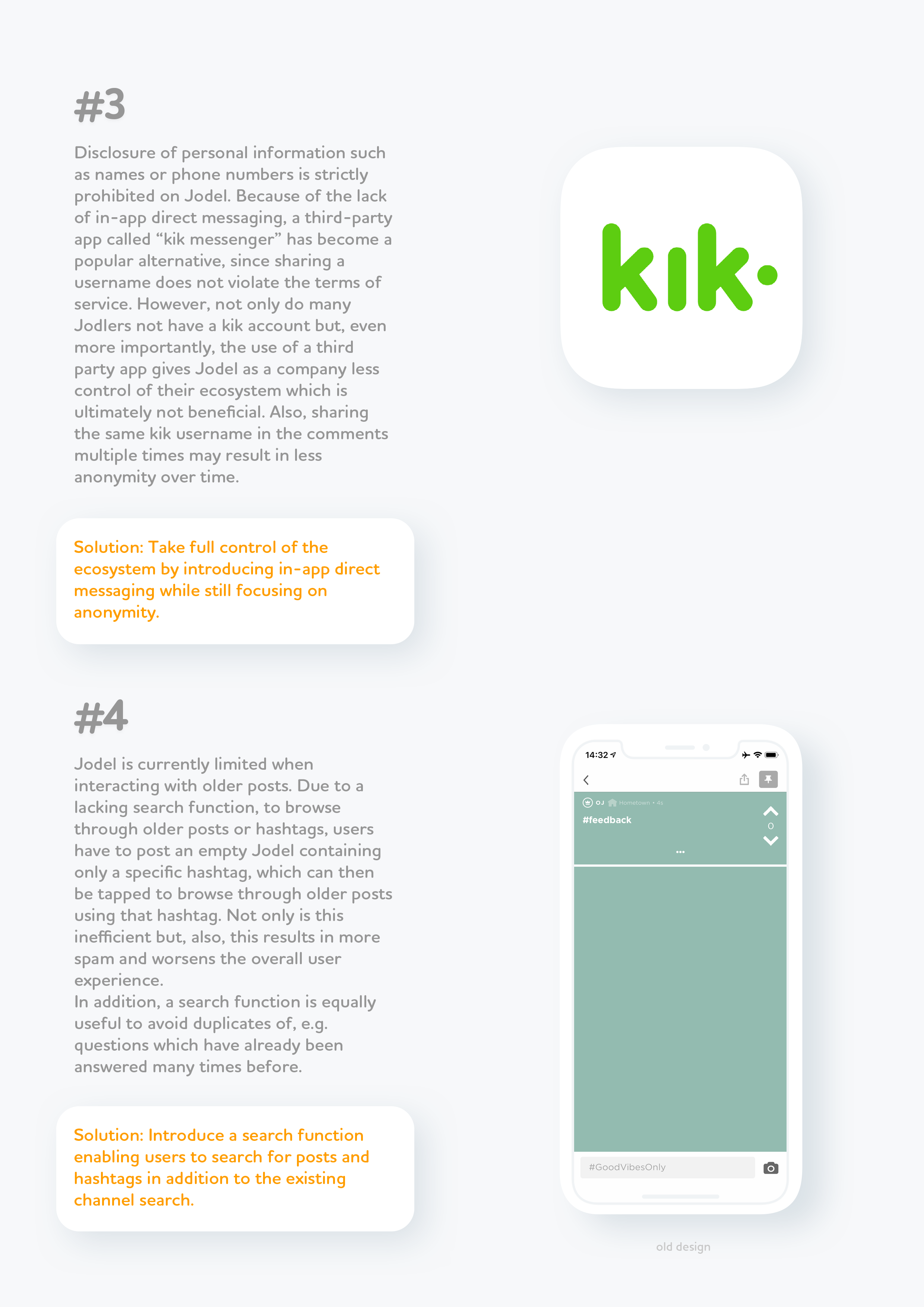 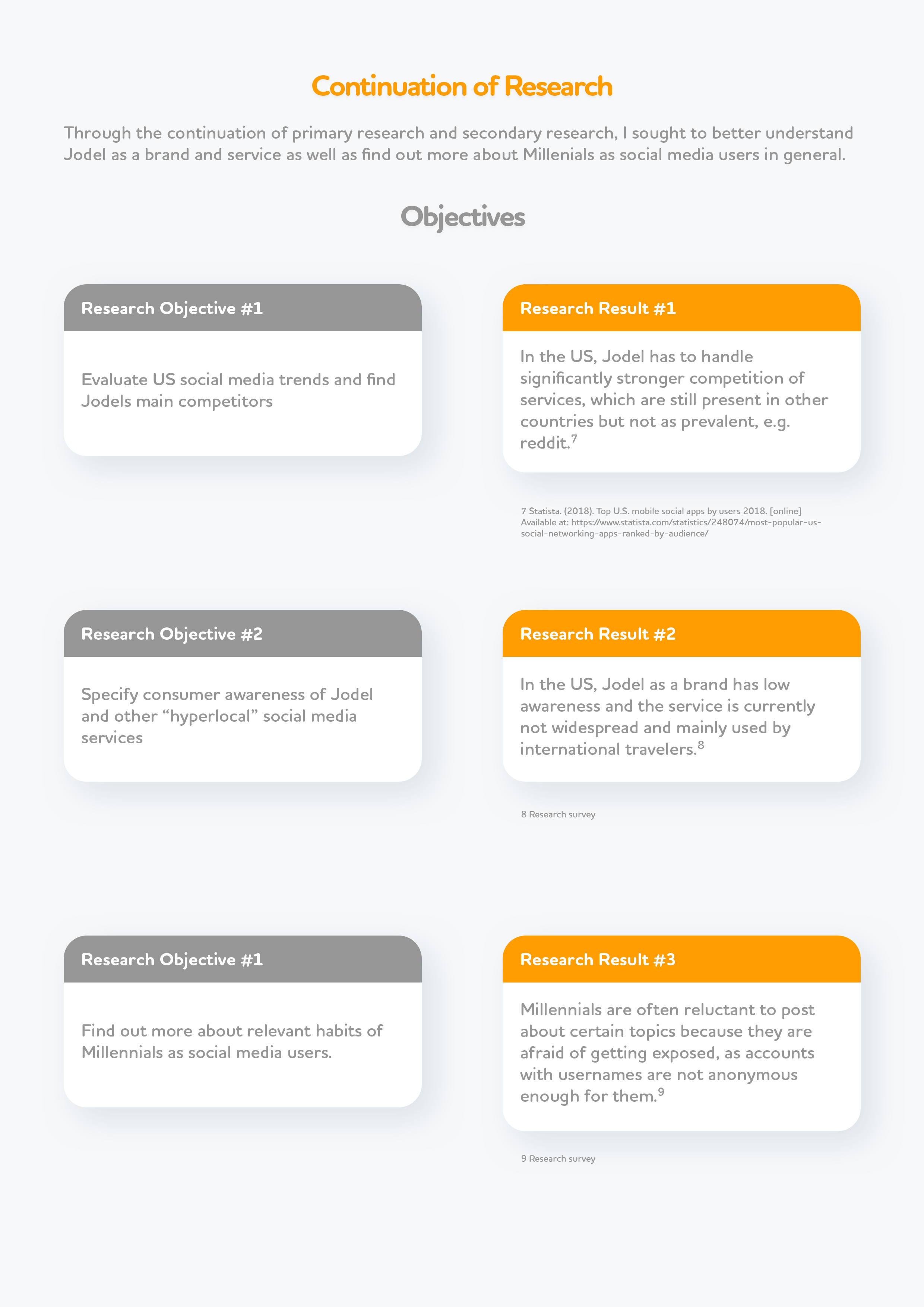 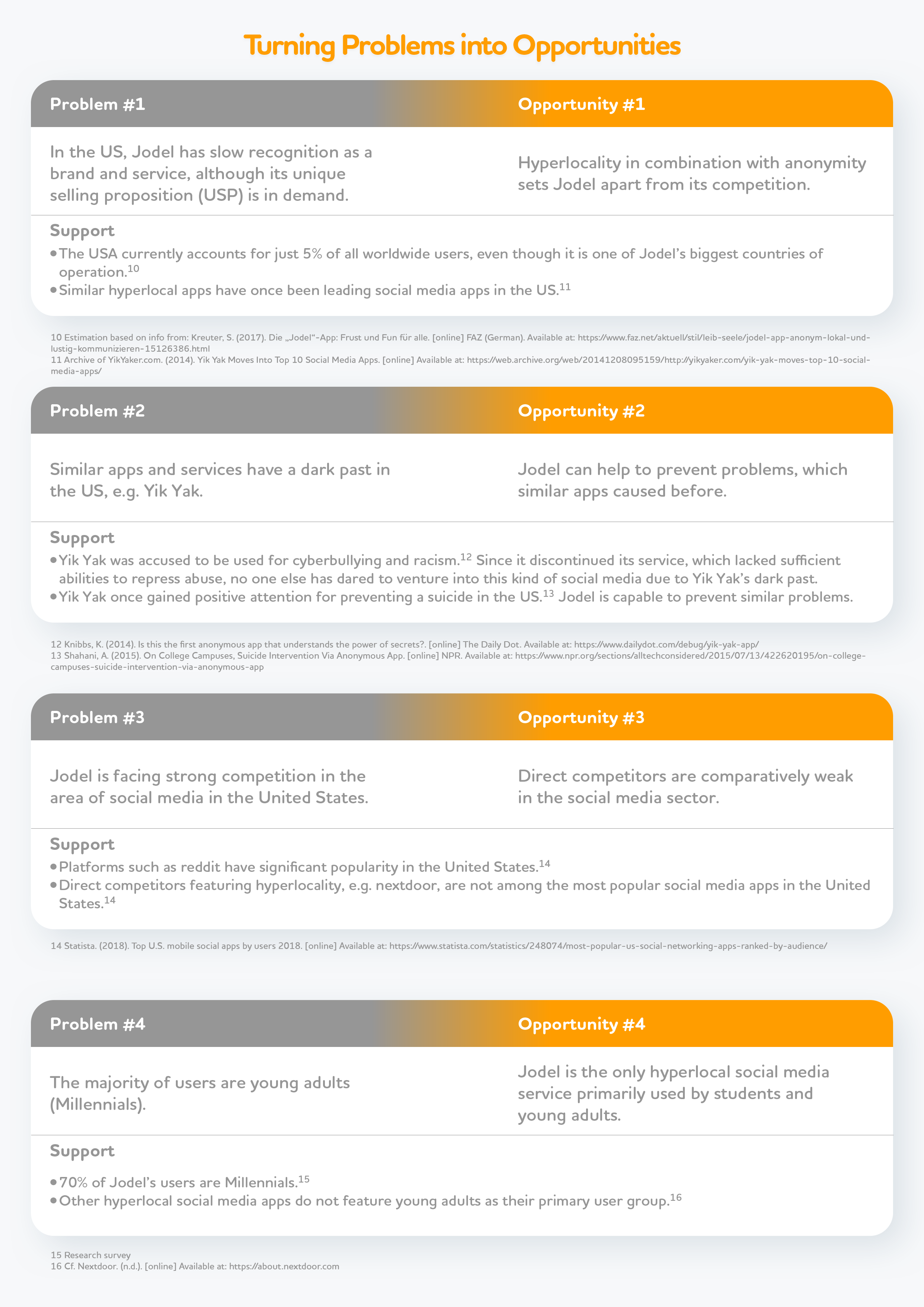 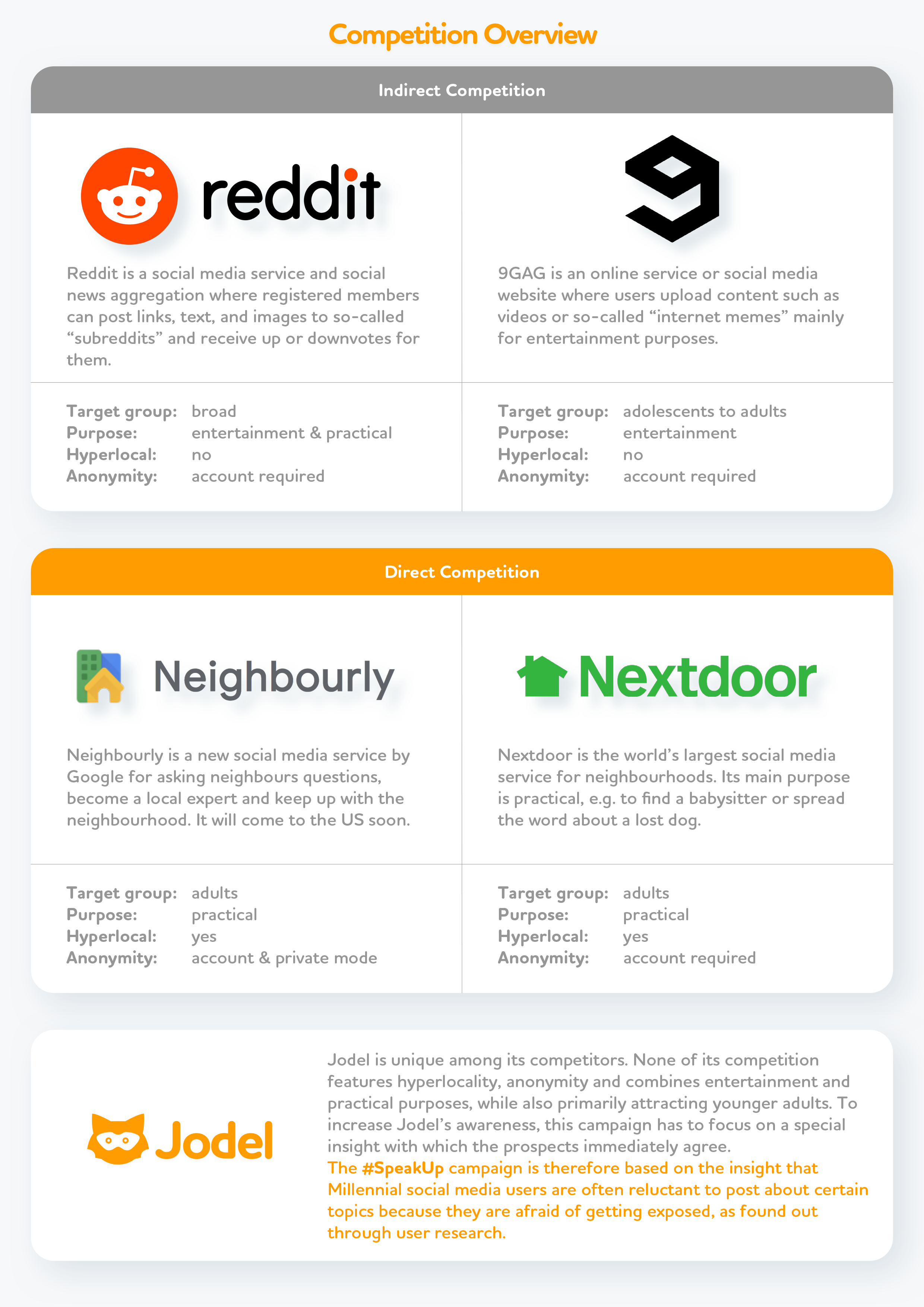 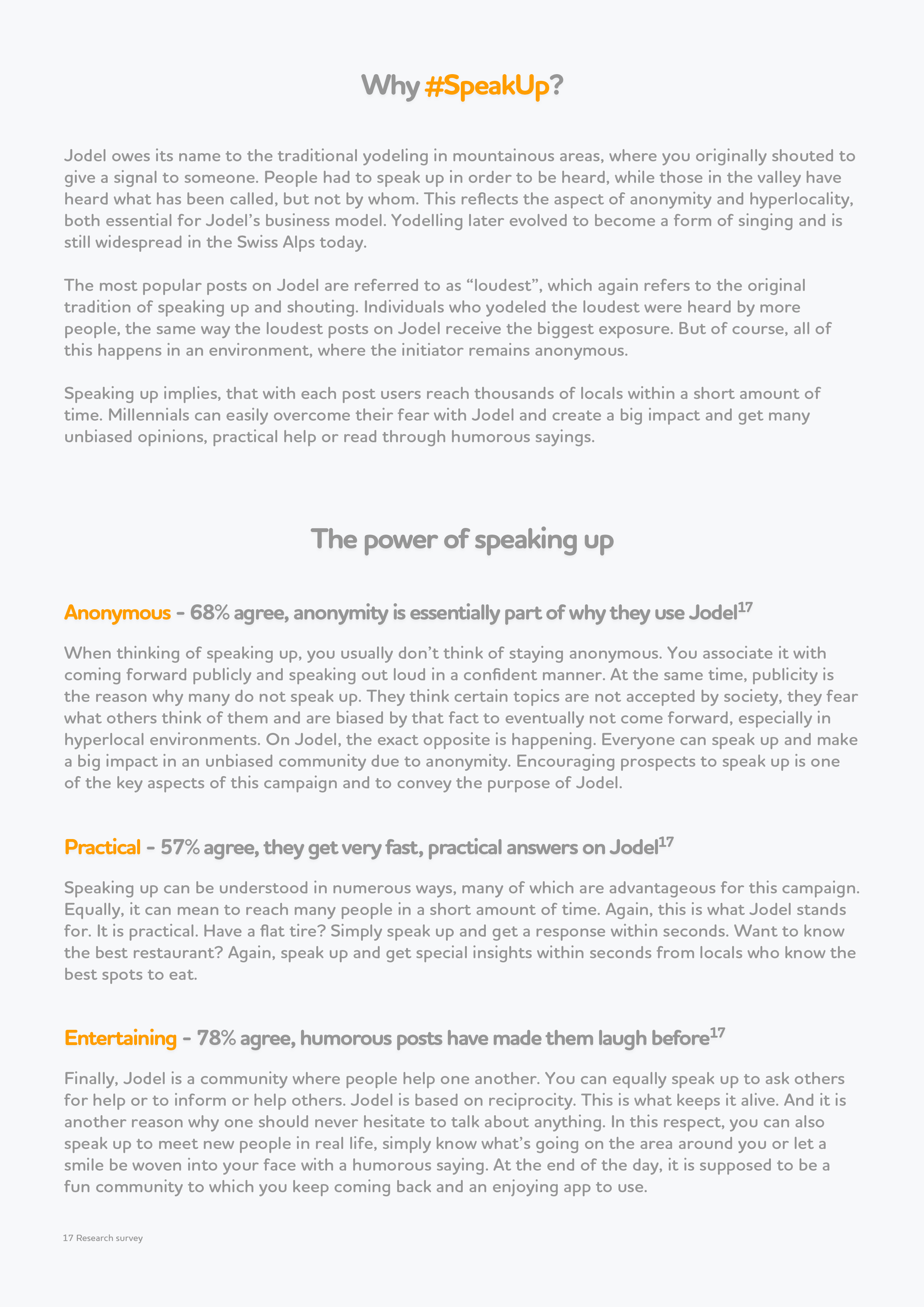 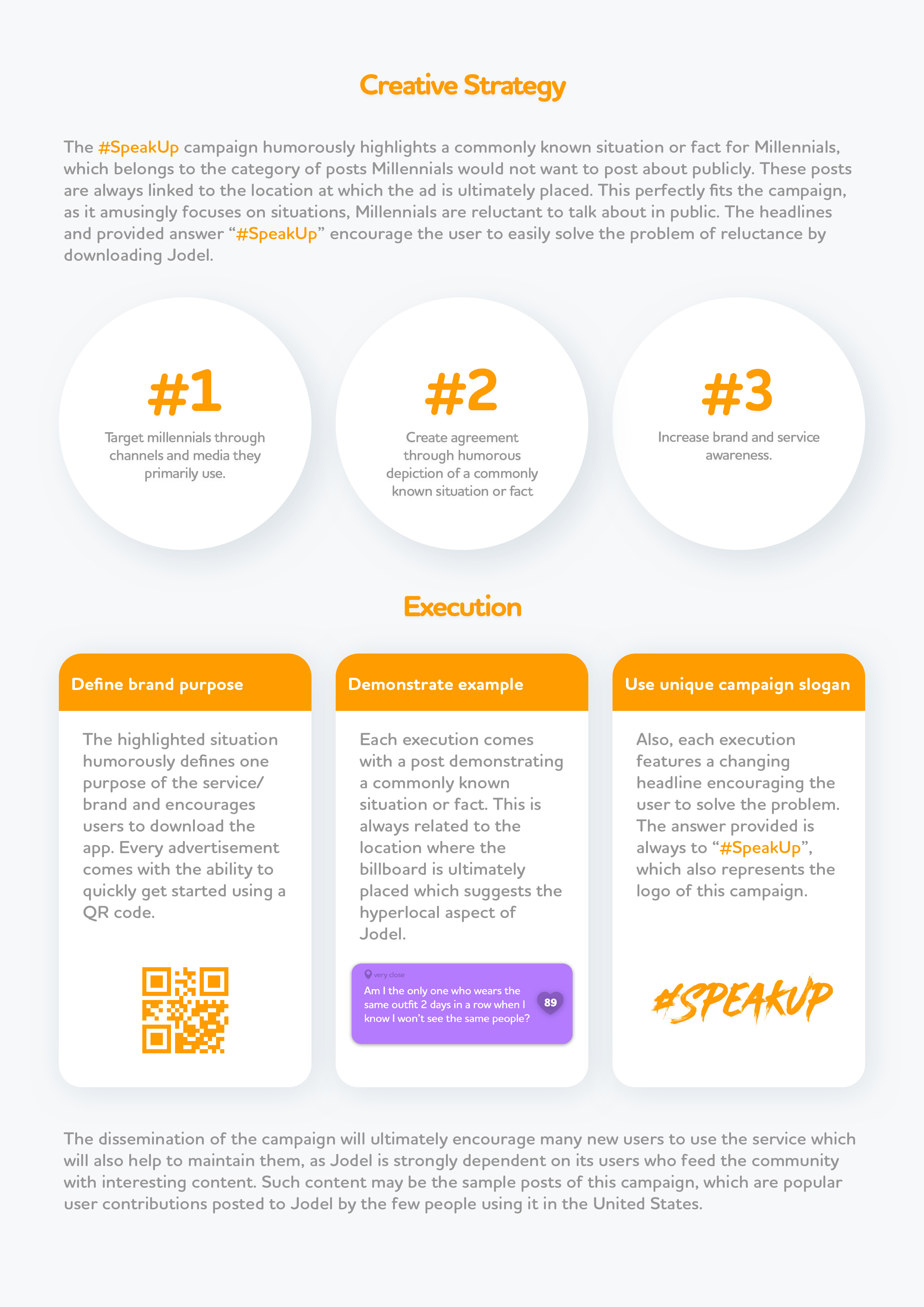 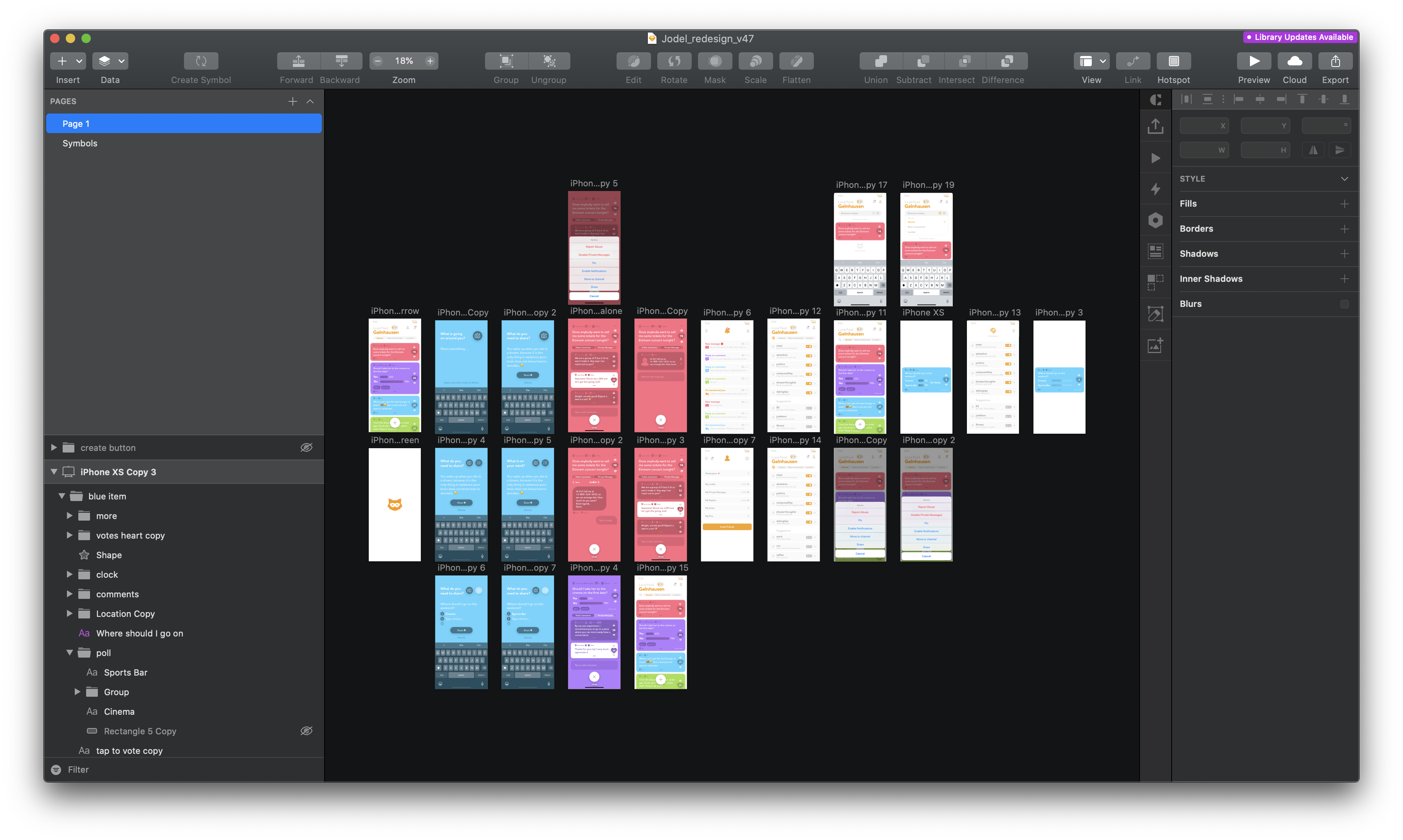 The built screens in Sketch 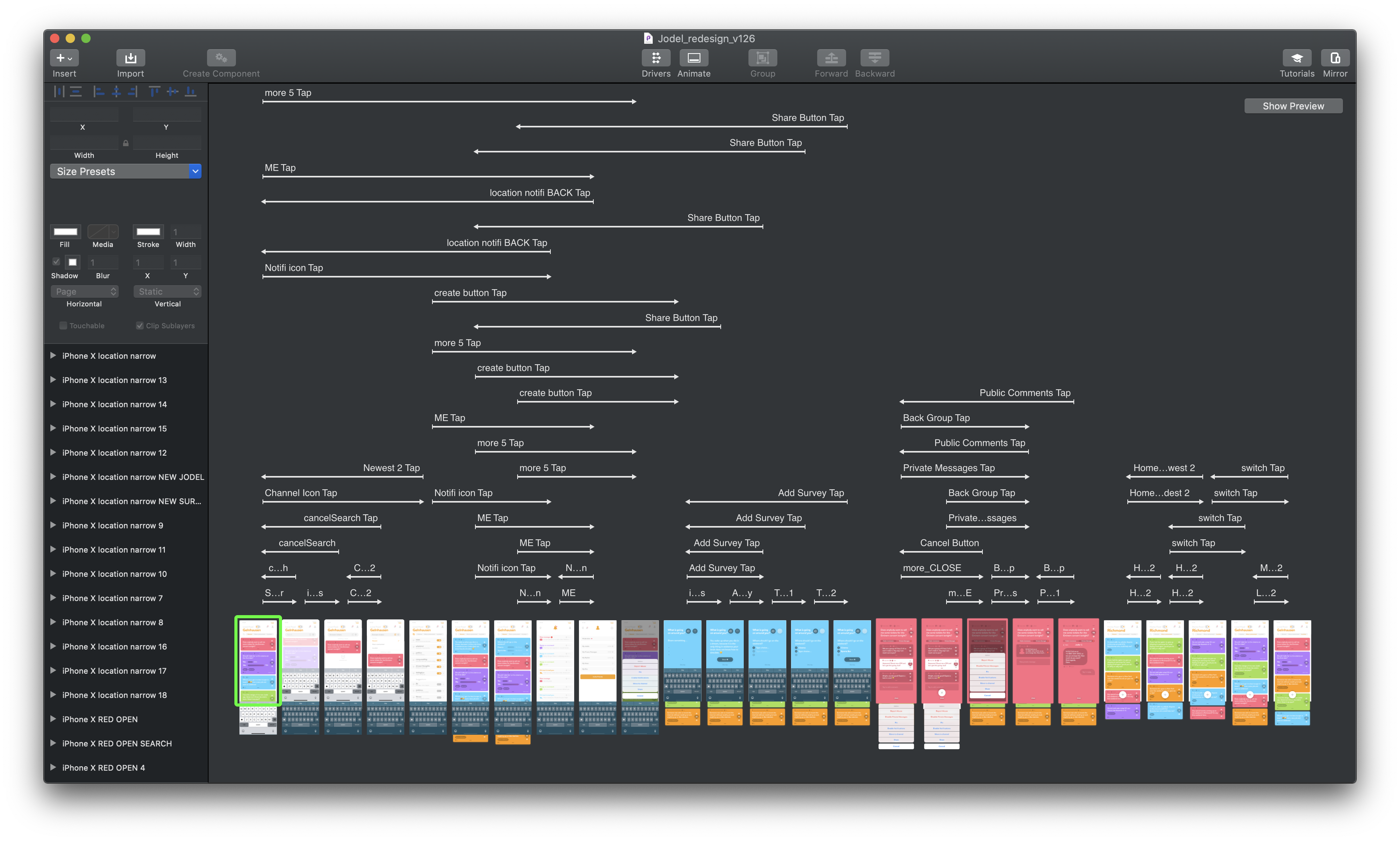 The prototype made in Principle
Reflection
Passion projects help me to focus on my true passions and are a great way to balance other work. The Jodel project was another individual, voluntary project by myself made in my spare time.
‍
This project was rewarding because it was a big step towards a new concept to improve communication both for users worldwide as well as for people in the United States. At the same time, I was committed to maximizing my potential. In addition, shortly after publishing a video of the redesigned prototype on Vimeo, the CEO and COO of Jodel became aware of it and offered me a job as a UX Designer at the headquarter of Jodel in Berlin, Germany because they liked my ideas and how I executed them. As seen on my resume, I seized the opportunity and it was a very valuable experiencing that helped me gain more experience in the field of UX.
Team
Dominik Hofacker
Experience Designer